How To Prevent Panic Attack

There are many people who try to avoid places or situations where they experience a panic attack. They believe that this is the only in fact the perfect way by which panic attacks can be prevented but it is not the right way to avoid the symptoms of anxiety attacks. This behavior causes extra problems in the future. Most of the people are frightened by the thought of suffering from a panic attack so most of them monitor the surrounding in an appropriate and selective way to prohibit all the dangers of anxiety. This result in stress and fear which in turn increases the level of stress and thus the chance of suffering from an anxiety attack also becomes higher.


One of the best ways to prevent anxiety attacks is to look for expert psychotherapeutic assistance. For a temporary relief, it will be better to contact a physician and discuss the pharmacotherapy choices. One can also learn how to lower the stress level. There are various ways by which panic attacks can be prevented. If you are among those who are accustomed to relaxation methods, try to use them in your regular schedule. Exercises like swimming, walking and swimming are regarded to be beneficial.


As far as possible, you should avoid illegal drugs, nicotine, caffeine and alcohol to get rid of panic attacks. It is also vital to learn the process of breathing in a proper manner. An anxiety attack is also caused when the balance of carbon dioxide and oxygen gets disturbed which is caused by hyper ventilating. One of the best ways to stabilize the balance of oxygen in blood is to perform breathing method where you count your breathe calmly while you breathe in and out. This method can be utilized when one feels the onset of a panic attack to decrease the strength. 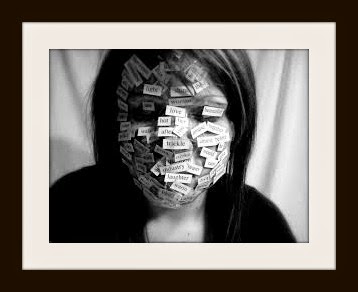 You should keep in mind that panic attacks are not dangerous. Most of the people think that they will die or go mad or lose control if they have a panic attack. One of the best ways to handle this attack is to tackle them with strong will power. Anxiety or panic attacks can affect a person any time. People of different ages, including children can also get anxiety attacks.


It can affect a person any time in a day even during sleep. Nevertheless, there are several ways to prevent anxiety attacks. When you want to avoid panic attacks, the most important thing that you should do is to collect information about anxiety. Understanding the way anxiety van have an effect on the body and mind can help you teach many things by which you can prevent anxiety attacks. There are several reviews and articles which will offer different ways by which panic attacks can be prevented. You should find the things that you should be aware of for preventing anxiety attacks. You should keep yourself away from stress.


Some reoccurring panic attacks are the consequence of motivating surroundings like being stuck in the lift. These situations become worse if you become stressed out. Stress is regarded as a contributing factor causing panic attacks. Another method to prevent panic attack is to consume Klonopin. This medicine has undergone several researches and tests and has been proved really beneficial in treating panic attacks. Before you start taking this medicine, it is suggested that consult a doctor. You should take the medicine as directed by your physician.
Posted by Unknown at 05:30